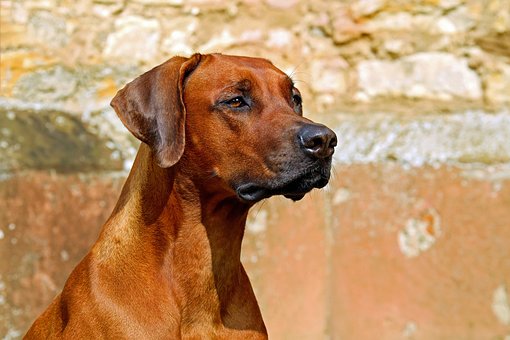 There was a terrible story in the news this week about a baby being killed by 2 Pit Bulls. The story was somewhat confusing to me, but the end result was still the same… the infant and both Pit Bulls are dead. This type of story makes a person’s heart ache… it also begs the question…”how can something like this happen?” After all, both of these dogs were loving members of somebody’s family… not wild strays that roam the streets looking for food. These dogs had titles, beds, food bowls and maybe even a toy or two. They may have played with this kid or given him a lick on his head a couple of times. So, what happened? We may never know. However, what we do know is that regardless of what breed, what size or what nature our puppies may be, there are capable of biting, nipping or knocking down someone causing physical and emotional damage.

The main thing that we as dog owners need to keep in mind about our loving, well-behaved furry creatures is that they are dogs. We might believe them to be the gentlest, calmest and most easy going creatures in the world, but we must never assume that they are not capable of striking when provoked, stepped on or injured. It is in their nature to protect themselves and their nearest and dearest. And, depending on the breed, they might be more responsive than we give them credit for. When we own a dog, we take the responsibility of caring for him… feeding him, taking him outside to potty, exercising him and keeping him in good health. We must also accept responsibility to safeguard him against frightening, unpredictable situations. Anyone who has ever had their dog around a kid knows that children like to pull on noses, poke in ears, grab handfuls of fur and attempt to catch wagging tails. Why would we believe our dogs would be okay with having these things done to them? Why would we assume that just because our dogs live in our houses and play with our kids that they wouldn’t reach their limit as to how much they’re willing to tolerate? We do… we respond by crying, stomping around and sometimes acting like wild folks. And unfortunately, some people lash out by physically harming our kids. The difference is that we know better, our dogs do not.

My French Bulldog, Charlotte, is a sweet, loving and affectionate little girl. I’ve never had a dog with such a calm disposition. Charlotte loves everyone and gets upset if she sees someone in the distance who isn’t coming up to greet her and give her a pet or two. Because of her terrific nature, we belong to a local Animal Assisted Therapy Group called”Dogs On Call”. We visit in three hospitals, 1 health care centre and see many, many students at the University during mid-terms and finals… petting a dog really can relieve a whole lot of test stress and anxiety. In addition, we attend a lot of events where children are present… kids who run up to Charlotte and start petting her without asking. (But then, there are a lot of adults that do the same thing) Due to the unpredictability of the environment, I have Charlotte on a short leash in front of me or right at my side… and I have one eye on her. Just because I know her inside and out and feel her to be this superb furry critter, does not mean that she won’t react to a surprise tug on her ear or a tug on her tail. Dogs react to actual and perceived risks to protect themselves and their nearest and dearest. And even though I love to believe that Charlotte is the kindest, sweetest, most gentle dog in the world, I also need to remember that when all is said and done, Charlotte remains only a dog.

I don’t know what happened in the babysitter’s home the day of the Pit Bull attack. I don’t understand the temperaments of the Pit Bulls or the way they were treated and trained. But just because they attacked this kid, we can’t assume that these were bad dogs who were mishandled or defeated by their owners. We’ve all heard the frightening stories about the Pit Bulls and Rottweilers and other big dogs who have maimed or killed people who were in the wrong place at the wrong time… dogs who were mistreated or abandoned to their own devices or dogs that were trained to fight and kill smaller, weaker animals in a ring. These stories leave us sick and in utter disbelief… how can somebody do this do their dog? And after we read or hear about how badly these dogs were treated, how they were starved or beaten or raised without affection and love, we might find ourselves saying”well no wonder they assaulted a kid… no wonder they bit that adult.” When we hear about a family dog doing the same thing… a dog that has been loved and cherished and taken care of because he was a baby… a puppy who has been well socialized, taken to puppy classes, obedience classes and possibly even become a therapy dog, we react in disbelief. “The dog was so loving and well trained, how could this have happened?” Of course, the chances that a dog will bite are greatly diminished if he’s in a loving home with all the amenities including training classes. But it behooves us to remember that dog attacks and dog bites can and do occur… even with the most loving, friendly dogs on earth.

I’ve communicated with a few family dogs that have bitten… and most of the time that the bite has occurred because”Tucker” felt threatened or was startled from a deep sleep or was being hurt in some way. If the bite occurs when interacting with a relative, the dog will sometimes feel sorrow and shame at having bitten and caused harm and injury. However, not all the time… there are dogs that say”I warned Alice… I growled and told her to leave me alone, but she just kept poking me so I bit her. So”Tucker” got his point across and hopefully Alice learned to not poke him anymore. And… hopefully”Tucker’s” biting times are over. I tell people who employ me to talk to their dogs about snacks that just because I have a conversation with their dog and ask him why he little and by-the-way please don’t do it anymore… does not mean it won’t happen again. If the dog is put in the identical scary situation as before, whether real or perceived, he may react the same way and bite someone else. There are no easy answers, but definitely keeping the dog from the scary situation would go a long way to keeping everyone safe, including the dog.

There is much controversy over what to do with a family dog who bites someone. Obviously a lot depends on the circumstances… how serious the bite is and why the bite happened in the first location. Most bites occur due to handler error. That’s us… we are either doing or not doing something which has set up the scenario in which our dogs respond and lash out. That is why it’s so important that we always keep at least one eye on our dogs when small children are around or when we are out in a public venue with them. Our dogs will exhibit”calming signals” when they are feeling cornered or put upon. These”calming signals” are saying…”I’m stressed, don’t hurt me, leave me alone”. What are a few calming signals? There are lots more calming signals that your dog may display that will tell you he’s in trouble, he needs you to get him from this situation or he needs your help to make things better. That is when we can step in to change the course of events, to keep a bite or an attack from occurring. It’s possibly the most important task we have as pet owners… staying alert to our dog’s behaviour and then reacting to it to keep everyone safe and injury-free. For more please contact Bat Removal Round Rock TX